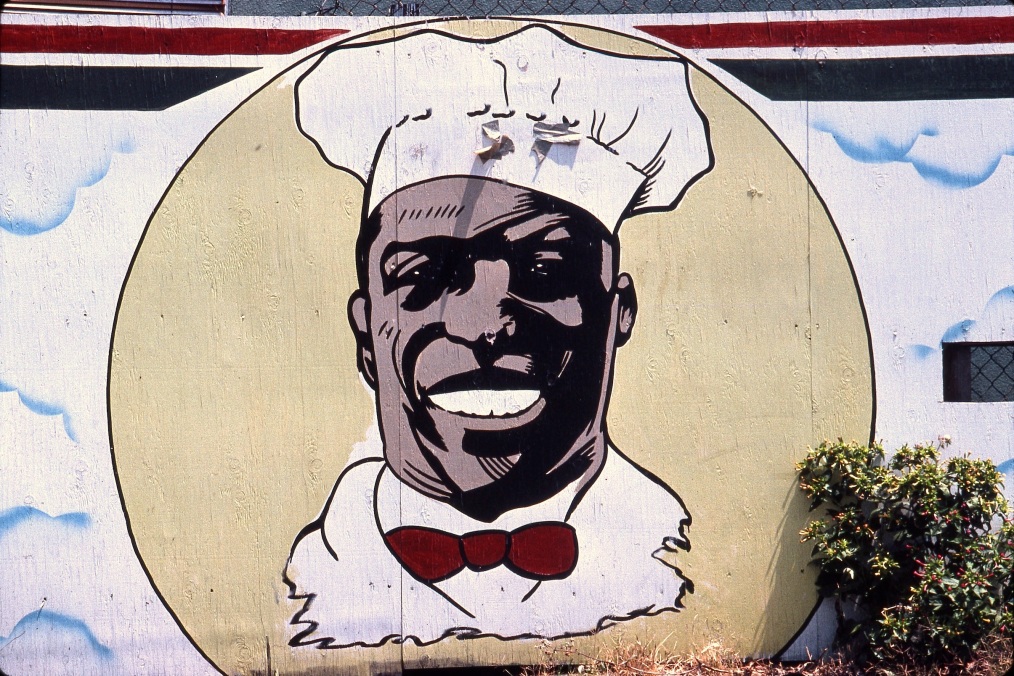 There is a lesson in this chef’s smiling face that I found baking and peeling in the hot summer sun some 20 years ago.  The chef and his female counterpart were painted on the back wall of the parking lot of a boarded up drive through somewhere near Crenshaw in South LA.  Only later did I connect the face to Stevie’s On The Strip, a southern soul food fried chicken/catfish/smothered everything restaurant nearby. Guess this was Stevie #1 or Stevie’s owners traded him in for something better.  Whatever…

I read his face to be saying –  “take my picture NOW cause tomorrow I may be gone.”  Yep, it’s true.  That painted sofa on the side of a furniture store that amused you for year with its whacky unnatural perspective is just about to be painted over and you never took a photo of it.  Stevie’s was gone a week later so I preach the truth here.  RayCo down below never survived the urban clean up wars on Sepulveda Blvd.  So let Stevie and Sofa be a lesson for you all – get that photo portrait of street side art while you can because tomorrow it or you may be gone.  Peace brothers.

Awesome, clever and spiffy Comet laundry sign meant to display the energy it takes to get your dirty clothes white was later updated with something plastic and dull. These last two signs are gone.  Webers Bakery might be a charter school by now,  and I recall being yelled at by a security guard when I took shots of the deserted Trailer Court that once housed folks across the road from the Burbank Airport.  No worries dude, no one ever bid on a photo of that precious signage you let the bull dozer mangle and load in the back of truck headed to the dump. 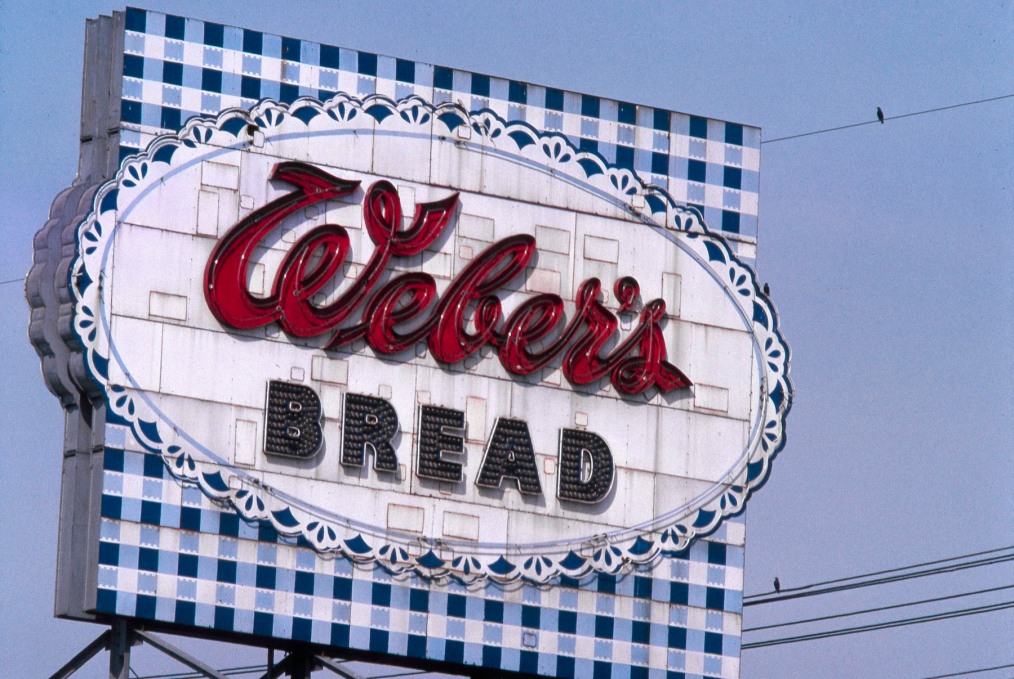