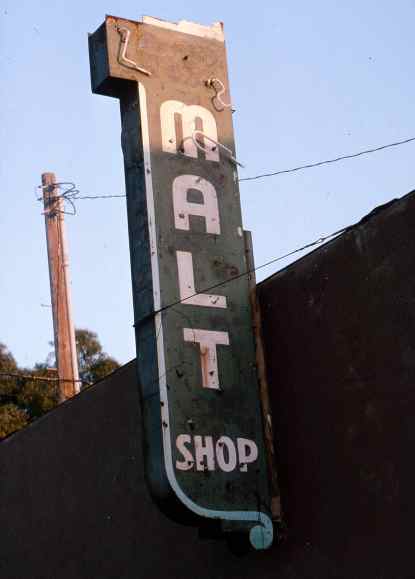 How is it possible that malts once reigned supreme?  The evidence is all around us if we care to look for ghosts. 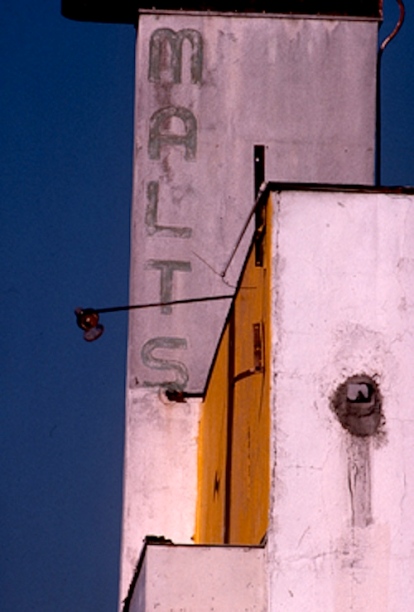 A kid today might not even know the word, even if you added milk after malt.  But at one time there were malt shops.  Not sure what else they served.  Maybe root beer floats and chocolate shakes?  Burger and fries like the place below with neon malt spinning like a top.

And yet, malts was the name above the title at one time, a place reserved for major stars.  So check out our little gallery of dead malt shops whose signs remind us of a past we can only dream about.   Recently I made a wrong turn at the airport and found an older burger joint with a newly painted bright red sign screaming Malts.  They weren’t open at the time so I wasn’t able to confirm a real malted milk or not.

In this 2012 Los Angeles world of revived dive bars (King Eddy’s), dive cafeterias (Clifton’s) and dive everything else (Cole’s), a few joints that left the scene decades ago remain long forgotten.  One that begs for memory revival is The Playboy, a bar next to Nickodell Restaurant, both at one time straddling Paramount Studios on Melrose Ave.

I only took a few slides of the place moments before it was crushed by the dozers back in ’98, but I imagine it was once a classy cocktail lounge inhabited by Sinatra and Paramount execs.  I say this because of the top hat, white gloves and black cane painted on the back door.

Perhaps back in the ’70’s a few New Wave Hollywood directors (DePalma & pals) threw back shots of whiskey while Gulf & Western’s Paramount Studios behind the bar struggling to redefine itself.  You can see a glimpse of the studio  in the top right corner of the shot of The Playboy below, the bar boarded up and stripped of its glowing neon.  Maybe it’s a good thing that nothing remains for a LA Revivalist to polish up and charge 12 bucks for a cocktail that once sold for $2.50 back when The Playboy was living up to its name. 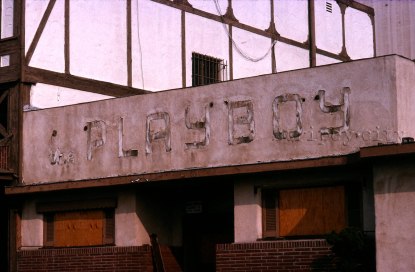 Want a bit of Hollywood history in your own home bar? Find a Playboy Photo print here.