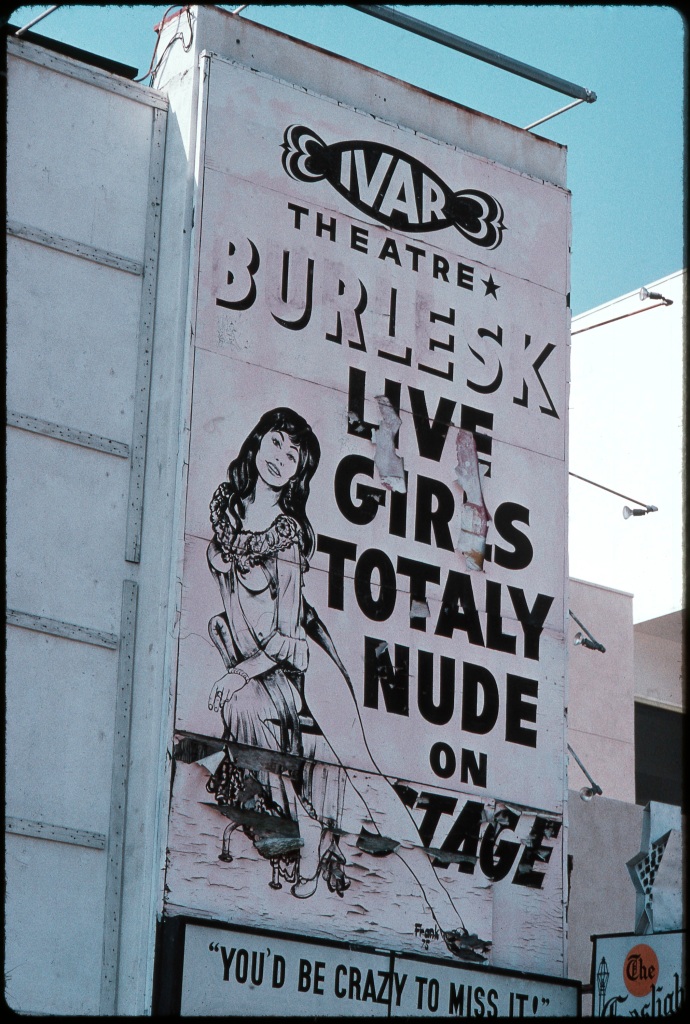 I first stumbled on the Ivar with this slide I took in the late 1970s.  Hollywood was rundown and the Ivar was a lovely shade of pink that symbolized what was left of the city of dreams.  A legit theater that opened in ’51, it had turned into a peep show and strip club a couple decades later.  Famed street photographer  Gary Winogrand left the street to photograph the show inside and why not, they even had a photo night where horny men with cameras could get their film exposed in more ways than one.  In the 1960s and into the early ’70s, rock acts like the Doors played the stage.  For more info and some great old photos, check out this website and the various links contained on its page:  http://sites.google.com/site/hollywoodtheatres/ivar